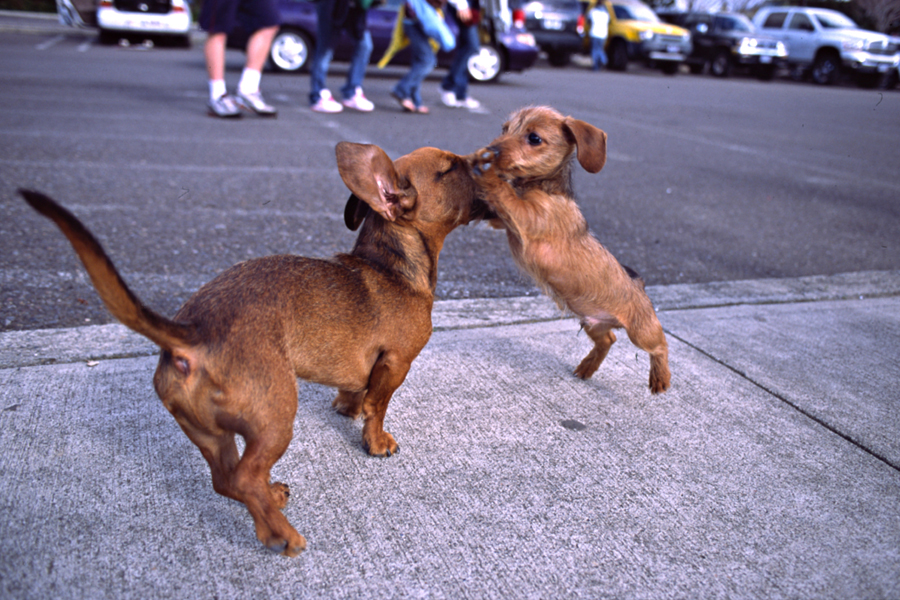 Sometimes, despite your best efforts to keep your dogs safe and conflict-free, things happen.  Fortunately, most fights last less than a few seconds, and you can often interrupt them by simply shouting. But what happens when a scuffle progresses in to something more serious? You will have to intervene, and breaking up a dogfight can be dangerous. To reduce the likelihood of injury to everyone involved, follow these guidelines:

Remember: There are two key things to remember when you’re facing a dog fight.
1. Don’t forget to shout first, this is usually enough to do the trick.
2. Never grab a dog’s collar. Your dog could easily whip his head around and bite you. In the heat of the moment, dogs will redirect aggression- it’s just a reflex. Grabbing your dog by the collar also puts you too close to the mouth of the other dog too.

Prepare: Have a plan in place if you live with multiple dogs, and prepare yourself and your surroundings when your dogs are in public, and/or around other animals.

Chill: Don’t panic. Remember that most dogfights create a lot of commotion, but are really harmless. By remaining calm, you’ll be able to separate two fighting dogs safely, instead of getting injured yourself, or causing more harm to the dogs.

Startle: If shouting didn’t work, do everything you can to create a distraction and startle the dogs out of their scuffle. Bang pots and pans, blow a whistle, use an air horn.

If you are outside and have easy access to water or a garden hose, spray or pour water on the dogs. Talk about cooling off!

Citronella sprays can also be used to separate fighting canines.

Block: Try using a large, flat object to create a barrier. If you didn’t plan ahead with a piece of plywood, grab a trashcan, a folding chair, or anything opaque – just not another person, even if they happen to be large, flat, and opaque.

Get Physical: If other methods haven’t worked, and you’re forced to end the squabble physically, use your lower body first. Especially if you are wearing pants and shoes, your lower half is more likely to be more protected (not to mention stronger) than your arms and hands.

If you must grab the dogs, use this method:

You and another person should approach the dogs at the same time. This is where it really pays to prepare with other pet parents, and other members of your family.

Grab your dog’s back legs at the very top, just under her hips, right where leg connects to trunk.  Grabbing and pulling a dog’s lower legs can cause serious injury, so avoid ankles, knees, and paws.

Lift your dog so that his back legs come off of the ground, like you would a wheelbarrow. Then move back, away from the other dog. As soon as you’re a few steps away, do a 180-degree turn, spinning your dog around so that he cannot see the opposing dog.

At this point, it is imperative to separate the dogs. Scan each animal completely, and if the fight was at all serious, get to your veterinarian’s office.

If the dogs are usually friendly with each other, and the squabble was minor, you can try carefully introducing them into the same space again after they’ve had some time to cool down. And maybe think about their actions. And an apology wouldn’t hurt either. 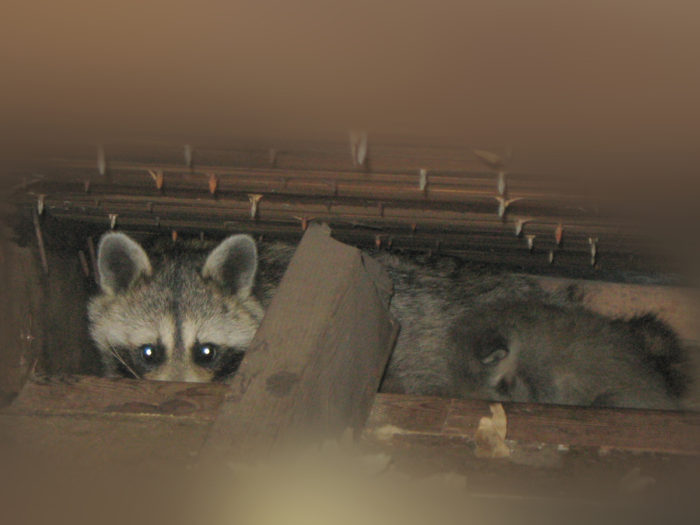 Animals in the Attic

2 Comments on “How To Stop A Dog Fight”